Matthew wrote that “Jesus came from Galilee to the Jordan to John, to be baptized by him. John would have prevented him, saying, “I need to be baptized by you, and do you come to me?” But Jesus answered him, “Let it be so now, for thus it is fitting for us to fulfill all righteousness.” Then he consented” (Matt 3:13-15). Jesus tells John why He must be baptized …it is “to fulfill all righteousness” meaning Jesus fulfilled every requirement of the law perfectly and gave us an example that all believers should obey.

Recently in Ethiopia many young women mostly converted Muslims, were baptized for the glory of God. Tucked away in a private walled sanctuary, these young women braved persecution and risked their very lives to follow Jesus. Living in the sanctuary for several months, they were discipled and trained. The day for baptism arrived and I was asked to share and encourage them. As Bruce and I entered the room, we all stared intently at one another. My eyes filled with tears looking at their hopeful, questioning eyes, as I thought of the great cost they were willing  to pay to follow Jesus. They worshipped freely and wholeheartedly, seemingly lost in the fullness of the Holy Spirit that filled the room, exhilarating  their hearts and minds. Such excitement filled the air! 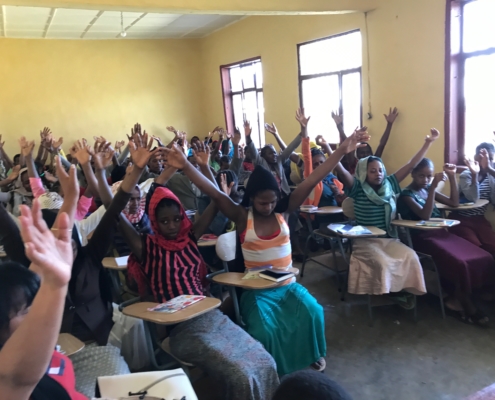 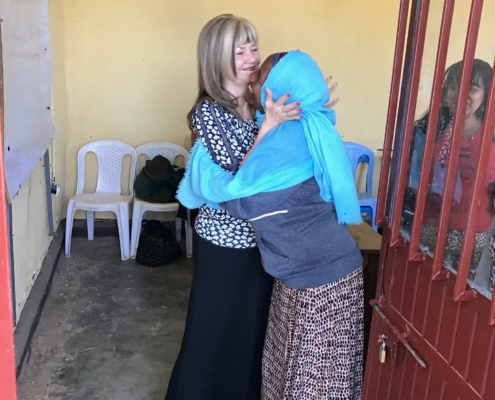 I spoke to them of  their authority in Christ and the equality of all God’s children under the cross. I spoke of Jesus, His great love for each of them, and His great power of deliverance and healing. I also told them about you my friends, mighty prayer warriors in the U.S. who were praying and storming the gates of Heaven on their behalf. I spoke of Jesus living an Indestructible life and that in His power they too could go forth as His Indestructible Daughters for the glory of God! Shouts of joy and worship filled the air in great anticipation of what was yet to come.The missionaries had prepared them so very well.

Afterwards the young women changed into robes and proceeded to the baptismal pool. After immersing one by one in the pool, they arose with huge smiles and the joy of the Lord. A young man, dressed in blue, was a trainer and leader. He was a Muslim convert, a sheikh,  who gave his life to Christ a few years before. He paid a great cost. His wife left him and went back to the Muslim faith. Persecution has been great and he was in prison for a while. He is raising his two young children by himself. However, his heart is full of joy and fully committed to serving Jesus. 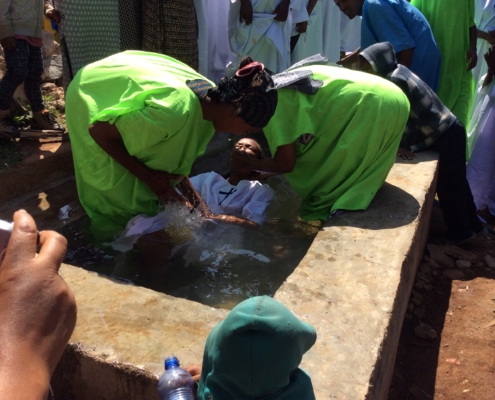 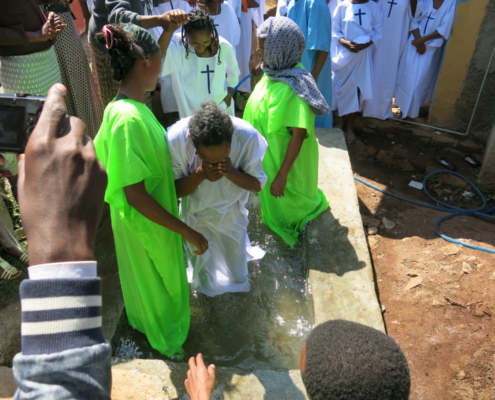 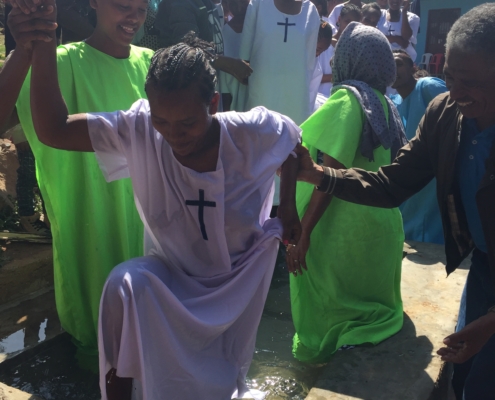 After “Jesus was baptized, immediately he went up from the water, and behold, the heavens were opened to him, and he saw the Spirit of God descending like a dove and coming to rest on him; and behold, a voice from heaven said, “This is my beloved Son, with whom I am well pleased” (Matt 3:16-17).

Please pray for each of them and keep those prayers coming that they may feel the strength of God!

It was a joyous day in heaven! Joyous and glorious indeed!

Did Rahab Shelter in Place?
Scroll to top