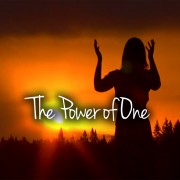 In the 14th year of Hezekiah,  Sennacharib, the great and terrible King of Assyria came up against all the fortified cities of Judah and took them. Jerusalem was left isolated against hundreds of thousands of armed Assyrian soldiers. The scene in Jerusalem … a frightened people, a prophet named Isaiah, and a praying king.

First King Hezekiah, trembling with fear, sent word to Isaiah to intercede and pray for the people. Even so, eventually the threat continued. Then Hezekiah went straight to God himself, pleading, and crying out before him.

This is the response the Lord gave Hezekiah:

“Because you have prayed to me …I will defend this city to save it, for My own sake and for the sake of My servant David” (Isaiah 37).

Now the tremendously important point of this story is seen in the words of Isaiah 37:21-22, “Because you have prayed to Me concerning Sennacharib, King of Assyria.…”

Because you have prayed!

Because you have prayed, 185,000 enemy soldiers lie dead on the plains of Judah.

Just think of it!

All because one man prayed!

Because one man prays!

Because one woman prays!

Because one child prays!