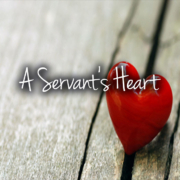 Please join me in praying for our children/grandchildren:

The highest position, the highest calling that we can have in the kingdom is as a SERVANT. (Micah 6:8) “He has shown you, what is good, and what does the Lord require of you? But to act justly, and to love mercy, and to walk HUMBLY with your God.Throughout the New Testament we see the apostles continuously describing themselves as a SERVANT:

Today in our culture, it seems as though we are so fixated on what our position is or what our calling is that we frequently lose sight of our humble position as a servant in this world. Our culture has become very “title oriented” to say the least. Therefore, our tendency is to let everyone know our title, what we do and what we have accomplished. Our title seems to jump to the forefront of our conversation in order to establish our significance before others… “This is my calling, my job. This is what I’m called to do. I have accomplished this or that.” For those who view themselves as title-less or lesser in title, insecurity can breed as they feel devalued and ill-fitted in our culture.

However, even though Paul, who wrote a third of the New Testament and who many view as the greatest of the apostles, declared his greatest value was as a servant of Jesus Christ: *Ten years before he died he stated in 1 Cor. 15:9 for “I am the least of the apostles, not worthy to be called the apostle, because I persecuted the church.” *Three years before his death he writes in Eph.3:8,”…I am less than the least of all the Lord’s people…” *One year before he dies he declares in 1 Tim. 1:15, “Christ Jesus came into the world to save sinners, of whom I am chief.” The more Paul matured and grew in His relationship with Christ, the more he was humbled and understood that anything he had accomplished for the kingdom was only by the grace of God not in or of himself. He was merely a servant of the Lord. Father, may it be so for our children and grandchildren as well.

In the kingdom, the most important title we can take upon ourselves or that we want our children and grandchildren to take upon themselves is to be a SERVANT like Jesus was. Jesus said he came to serve not to be served.Therefore, may our children/grandchildren be called to serve as Jesus did.Father, let our children’s identity not be in “what they do”. It’s not in “what they have”. It’s in “whose they are”. (Luke 12:15)…”For one’s life does not consist in the abundance of the things he possesses”…. It consists in Jesus.

Mark 9:33 states “Then he (Jesus) came to Capernaum. And when he was in the house he asked them, what was it you disputed among yourselves on the road? But they kept silent, for on the road they had disputed among themselves whowould be the greatest. And he sat down, called the twelve and said to them if anyone desires to be first, he shall be last of all and servant of all.” Father, may our children understand that success in the kingdom is not about how many people can be under them, but in how they spend their lives in service to others.

(Philippians 2:3) “Let nothing be done through selfish ambition or conceit, but in the lowliness of mind let each esteem others better than themselves.” Father, please help our children to understand that If they really want to help more people, they must learn to serve them and to serve them well.

(Matthew 23:12) “And whoever exalts himself will be humbled, and he who humbles himself will be exalted. Therefore humble yourselves under the mighty hand of God, that he may exalt you in due time.” The benefit…If God exalts our children, then, by His hand, they can have a greater influence in the kingdom to help others, to lift them up.

Isaiah 57:15 “For thus says the high and lofty one, who inhabits eternity, whose name is Holy: I dwell in the high and holy place, and also with him who is contrite and has a HUMBLE spirit.” May our children be humble in spirit that the Lord may dwell with them always.

Matthew 11:29 “Take my yoke upon you and learn from me, for I am gentle and lowly (humble) in heart, and you will find REST for your souls.”May our children mature in the faith, may they become more and more humble.

And as the scripture states, knowing Jesus, the lowly, humble one, will bring REST to their very souls. Let it be so Father, let it be so…In Jesus’ name we pray,