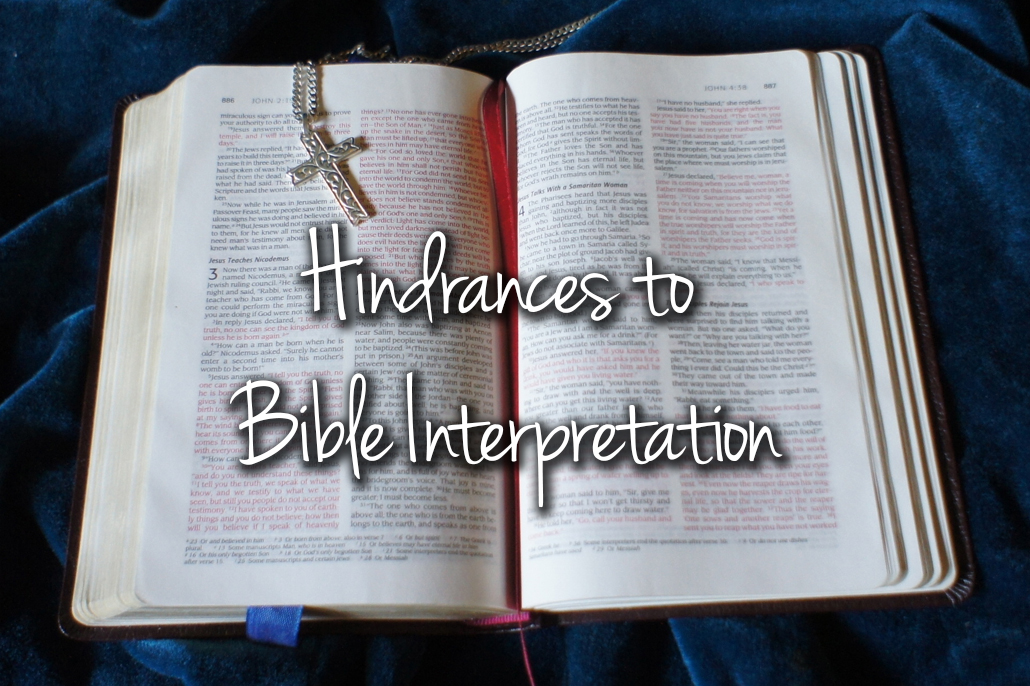 Language, context and culture are significant in affecting our overall interpretation of scripture. Lets begin by using a cultural example.

If our cultural blind spots affect our reading of the Bible, then they may also affect our application of the Bible. The story of The Prodigal Son serves as a perfect example. Americans tend to treat the mention of the famine as an unnecessary part of the plot in this story. We may notice the mention of a famine and may even believe that it makes matters worse for the young son. However, since, he committed his sin, it goes without being said for us that the main issue in the story is his wastefulness, not the famine. This is evident from our traditional title for the story: the Parable of the Prodigal (“wasteful”) son. We apply the story as a lesson about willful rebellion and repentance. The boy is guilty of disrespecting his father and squandering his inheritance. He must now ask for forgiveness. However, many Christians in other parts of the world view the story differently. In cultures more familiar with famine, like Russia, readers consider the boy’s spending less important than the famine. The application of the story has less to do with willful rebellion and more to do with God’s faithfulness to deliver his people from hopeless situations. The boy’s problem is not that he is wasteful but that he is lost.(reference: E. Randolph Richards;Brandon J. O’Brien. Misreading Scripture with Western Eyes: Removing Cultural Blinders to Better Understand the Bible) This is not to suggest that one view is more right than another, but removing cultural blinders does help to expand our view and our overall understanding.

The following is a list of common Biblical misunderstandings attributed to language, context and culture. I pray that this list will provide Biblical insight and clarity to your study of the Bible:

1) Misunderstandings may occur in genealogical sequences in the use of the term father. If you ask me who my father is, I am very likely to identify one individual man. Father to an American is the person involved in conception. To the ancient Jew, father was any male blood relative who was of significant influence. In Matthew 1:1 the writer tells us “Jesus Christ, the son of David, the son of Abraham.” Does this mean that Jesus was the grandson of Abraham? Just reading the rest of the chapter tells you that this is not the case. A Jew regarded father to be a term that indicated lineage, but not necessarily the person involved in conception.

3) When Western readers hear Paul exhorting women to “dress modestly,” we automatically think in terms of sexual modesty. But most women in that culture would never wear immodest clothing. The context suggests that Paul is more likely concerned about economic modesty–that Christian women not flaunt their wealth through expensive clothes, braided hair and gold jewelry.

4) According to some cultures, readers might assume that Moses married “below himself” because his wife was a dark-skinned Cushite. Actually, Hebrews were the slave race, not the Cushites, who were highly respected. Aaron and Miriam probably thought Moses was being presumptuous by marrying above himself.

Want to join the discussion?
Feel free to contribute!

Prayers for our Children

When the Body Rebels, His Spirit Prevails!
Scroll to top